The US and China are contesting for dominance over the exploitation of natural resources in space, such as mining for valuable metals in the asteroids, which could potentially result in further militarization of the space. According to Morgan Stanley, the space industry, which is currently valued at around $400 billion, is projected to reach $1 trillion in value in less than two decades. In early April, the US Department of Defense (DoD) released a report noting the increasing pace and scope of competitor space programs from China and Russia across nearly all major categories, including communications, remote sensing, navigation, and science and technology demonstration. “China and Russia value superiority in space, and as a result, they’ll seek ways to strengthen their space and counter space programs and determine better ways to integrate them within their respective militaries,” Kevin Ryder, Defense Intelligence Agency senior analyst for space and counter space, said on April 12 at the Pentagon. Ryder also warned that as both the countries seek to expand their space exploration, if successful, these efforts will probably lead to attempts by Beijing and Moscow to exploit the natural resources on the off-planet assets. Shortly after that, China announced asteroid impactor/deflection plans that would involve building an asteroid monitoring and defense system and a technical experiment to closely track and attack a threatening asteroid to alter its orbit as early as 2025. While the plan was revealed as a roadmap for defense against near-Earth asteroids, there are also commercial benefits of being able to find and track asteroids, as they can then be mined for precious metals potentially worth trillions of dollars. In 2017, Ye Peijian, the Chief Commander and Chief Designer of the Chinese Lunar Exploration Program, revealed details of a plan that could potentially put an unmanned craft on an asteroid and mine the rock for metals like palladium, platinum, and others that are used in items such as smartphones and automobiles. “Water and platinum group metals that are abundant on asteroids are highly disruptive from a technological and economic standpoint,” Noah Poponak, a Goldman Sachs analyst, noted in an investor note. “According to a 2012 Reuters interview with Planetary Resources, a single asteroid the size of a football field could contain $25bn- $50bn worth of platinum,” the analyst added.

Also, on April 11, NASA unveiled a spacecraft it is planning to launch in the summer of 2022 to investigate the asteroid Psyche 16, potentially laden with valuable heavy metals. The spacecraft will launch from Cape Canaveral, Florida, before making an approximately 3-year trip to Psyche 16, an asteroid that could be a target for future space mining missions. According to NASA’s estimates, the total value of heavy metals on the roughly 173-mile-wide Psyche 16 is somewhere around $700 quintillion! Brandon J Weichert, a prominent American Geopolitical expert and the author of ‘Winning Space: How America Remains a Superpower’ warned recently that there is an ongoing battle between the US and China to dominate the asteroid mining industry, which could break out into an all-out space war between the two powers. “If you can start mining those rare minerals, you’ve got a significant advantage over the rest of the world and China wants to get that advantage first,” said Weichart. Last year, A Chinese space mining start-up, Origin Space, launched a robot prototype, the NEO-01, into low Earth orbit (LEO) to capture and destroy space debris and eventually mine asteroids as well. For years, Chinese scientists have been proposing plans for asteroid mining. For example, in May 2017, Ye Peijian proposed a plan to capture an asteroid by landing and anchoring a spacecraft on its surface, fire up multiple rocket boosters and project it into the moon’s decade, after which it could be mined. Also, Li Mingtao, a professor at the National Space Science Center under the Chinese Academy of Sciences, proposed a plan in 2018 to use a constellation of satellites in orbit around the sun that would search for asteroids, wrap a massive bag around an asteroid, and ferry it back to Earth with the use of some type of a heat shield that would keep the asteroid from burning. Li and his team revealed that they had formulated this plan based on an unnamed near-Earth asteroid that’s about 20 feet across, probably weighing hundreds of tons, and around 60 million miles away – approximately two-thirds the distance between the Earth and the sun.

Chaitanya Giri, a Space Tech Consultant with Research and Information System for Developing Countries (RIS) thinks that these plans are “too distant, unviable and unnecessary. “Getting any small solar system body into Earth’s atmosphere will elicit a mass extinction event. “China will first demonstrate, as it has announced, the asteroid impactor/deflection mission to be launched around 2025. When asked about China’s technological progress related to asteroid mining, Giri said, “During its Chang’e-2 mission, China’s second mission to the Moon, CNSA already had demonstrated the ability to do a fly-by of a near-Earth asteroid. After finishing the mission objectives on the Moon, Chang’e-2 was made to travel to asteroid Toutatis, and it did a wonderful job there. “With the subsequent Chang’e missions, CNSA acquired the competence to land on the Moon and return samples. While China’s space technology lags decades behind the US, the Chinese government has allocated enormous resources to its space program with the aim of bridging the gap. “If you compare the same with the US, NASA has an unparalleled experience of touching asteroid surface, shared only by the Japanese. According to Giri, exploiting extra-territorial resources will be a hotly contested enterprise and he, therefore, stresses the need for a regulatory framework.

The resource hungry humanity is now aiming for space. The US, China is leading the hunt as asteroid mining may soon become a reality.

Category: Space.
Tag: how would we know if a meteorite came from mars?.

The payments segment is frequently and rapidly changing, from growing fraud prevalence, to the proposed New Payments Architecture, all within a dynamic and innovation-driven landscape. Offering API payments infrastructure, their tech enables customers to unlock efficient automation and embedded payments.The company has secured strategic partnerships with leading fintechs, Ripple and Revolut. The New Payments Architecture is their latest initiative, focused on modernising the UK’s payments infrastructure to allow increased, faster

Dongguan [China], April 16 (ANI): Tech giant Vivo announced the launch of the Vivo X Note earlier this week, but the company is bringing an exclusive Aerospace version of the smartphone. As per GSM Arena, the Vivo X Note Aerospace version comes with the same specifications as the X Note, packing an enormous 7-inch AMOLED display panel with a QHD+ resolution of 3080 x 1440 pixels, and a Snapdragon 8 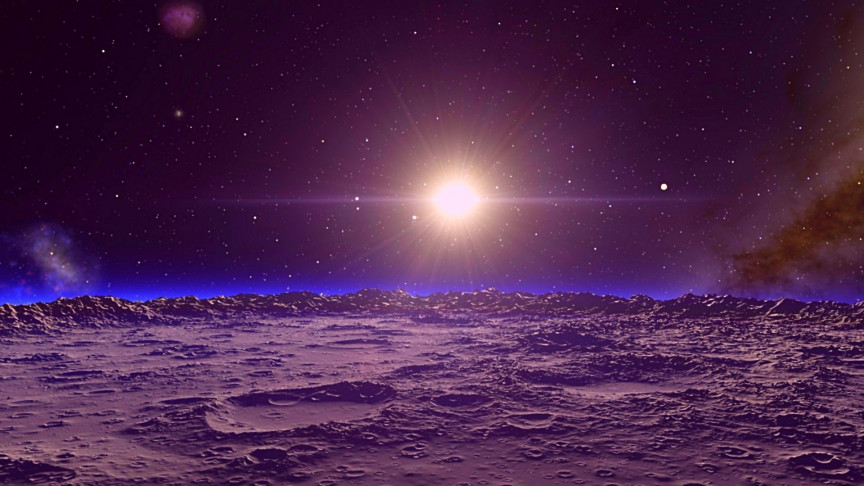 But setting up any kind of off-Earth mining industry will be no small feat. It’s likely materials mined in space will be used in space, to help save on these costs. AdvertisementHuge challenges persistOur work at UNSW’s Australian Centre for Space Engineering Research involves finding ways to reduce risks in a space resources industry. But work is underwayWhile it’s still early days, a number of companies are currently developing technologies

The company was founded by Matt Gialich and Jose Acain, who consider the tech behind their startup incredibly innovative and varied from predecessors in the field. "Our real mission is to take asteroid mining out of the realm of sci-fi into the realm of reality," explains Gialich to Space.com. Its technology supposedly only weighs about 200 kilograms, allowing it versatility in the space of travel via lunar and geosynchronous trajectories

China, between 2017 and 2021, has cemented its place as Pakistan’s largest supplier of major arms, including fighter aircraft, warships, submarines and missiles, data compiled by an independent institute focusing on arms transfers and conflict said. Conversely, 47% of all the major arms exported by China went to Pakistan during that period, SIPRI said. The trend in the last two decades of Pakistan’s increasing reliance on China for major weapons

The spacecraft is called Origins, Spectral Interpretation, Resource Identification, Security-Regolith Explorer, or OSIRIS-REx , for short. It launched in 2016, headed for asteroid Bennu, and spent three years working on stealing a piece of it.In 2021, OSIRIS began its journey home , carrying with it 60 grams or so of regolith from the asteroid, which should be delivered to Earth sometime in 2023. The samples are to be brought down

China has begun to develop a defense system against near-Earth asteroids that could potentially hit Earth, according to a key figure in the country's space industry. Wu Yanhua, deputy director of the China National Space Administration, said on Friday that China has started forming a research and development system for defense against near-Earth asteroids, to improve the world's capability for monitoring, warning about and handling the extraterrestrial hazards. "We will

China has remained a major supplier of arms to India's neighbours with Pakistan being the largest importer of lethal weapons. Pakistan remained the main recipient, which was responsible for 38% of exports from Beijing during the given time. They are scheduled for delivery by 2028 and include 50 combat aircraft, 8 submarines and 4 frigates from China, and 4 frigates from Turkey," the report added. The report flagged that India

How competitive is the consumer electronics industry?

Industry Trends. Consumer Electronics Market size was valued at over USD 1 trillion in 2020 and is estimated to grow at a CAGR of more than 8% from 2021 to 2027. Rapidly increasing internet penetration across the globe will drive the market growth. Consumer electronics are electronic equipment for non-commercial use. More info : How competitive is the consumer electronics industry?

Where do I find bounty hunting Elite Dangerous?

How big is the tech industry?

How big is the consumer electronics market?

Consumer Electronics Market size was valued at over USD 1 trillion in 2020 and is estimated to grow at a CAGR of more than 8% from 2021 to 2027. Rapidly increasing internet penetration across the globe will drive the market growth. More info : How big is the consumer electronics market?

What is the #1 industry in the world?