You are here: Home › Pressure on PM to throw light on 'secret' meeting over partygate report

The Prime Minister remains under pressure to explain a meeting with Sue Gray over her highly-anticipated partygate report. It is understood the pair met at least once to give an update on the document’s progress while it was being drafted, but a Whitehall source said that its contents were not discussed at any point. Such meetings would not have been viewed as unusual, the source said, with the aim to take stock of what stage the report was at. The BBC reported that the discussions touched on whether photos would be revealed to the public, and that Ms Gray initiated the meeting “to clarify her intentions” for what would happen once the police investigation concluded. But a spokesman for the Gray inquiry disputed this account of events. They confirmed that a meeting took place, but told the PA news agency they would not characterise the talks in that way. A No 10 source insisted the request for the meeting did not come from Mr Johnson. “The PM did not request the meeting and hasn’t tried to influence the outcome in any way,” they said. “It’s rightly for Sue to decide and it’s all done independently. It comes as about 30 people, including Mr Johnson, are being contacted by the Cabinet Office to warn them of the contents of the document ahead of its publication. Angela Rayner, Labour’s deputy leader, called on the Prime Minister to “urgently explain” why the “secret meeting” had taken place. She said public confidence in the process had already been “depleted”, and people “deserve to know the truth”.

Downing Street insisted that the Prime Minister had been “clear throughout” that the report should be “completely independent”. It is thought that most of the Cabinet Office letters were sent out on Thursday, as the Metropolitan Police concluded its investigation into lockdown breaches in Downing Street and across Whitehall. It’s not an independent report and never has been – it’s an internal report. Mr Johnson is set to be among those approached, but it was unclear on Saturday morning whether he had yet received a letter. It was reported on Friday evening that two civil servants had indicated they were considering legal action to prevent themselves being identified in the report. Earlier, the PM had insisted he would not seek to block names appearing in the document, and said he was “looking forward” to seeing its contents “pretty soon”. Ms Rayner said: “Boris Johnson must urgently explain why he held a secret meeting with Sue Gray to discuss her report despite claiming her investigation was completely independent. “Public confidence in the process is already depleted, and people deserve to know the truth. “This is a Prime Minister incapable of taking responsibility for the rotten culture he has created in Downing Street or of doing the decent thing. “The Sue Gray report must be published in full and with all accompanying evidence. Liberal Democrat MP Christine Jardine also called on the PM to throw light on the meeting. “Any whiff of a stitch-up would make an absolute mockery of the report,” she said.

“It is a sorry state of affairs that Boris Johnson and his Government are in such a crisis, he should do the right thing and resign, if not Conservative MPs should sack him. Adam Wagner, a human rights lawyer who has specialised in lockdown rule-breaking, said the document was “not an independent report” and “never has been”. A No 10 spokesperson said: “The Prime Minister commissioned the investigation led by Sue Gray and has been clear throughout that it should be completely independent. “As he reiterated again today, the decision on what and when to publish rests entirely with the investigation team and he will respond in Parliament once it concludes. Not everyone contacted by the Cabinet Office will necessarily be named or identified by some other means in the report – it may merely be that their actions are referenced because they are pertinent to the narrative of a particular event. The investigators are understood not to be including the full details of the document’s contents in the letters but instead are giving a “gist” of the relevant sections to those being approached. A team of 12 detectives examined 345 documents, including emails, door logs, diary entries, witness statements and 204 questionnaires. Mr Johnson, his wife Carrie Johnson and Chancellor Rishi Sunak were all fined over the birthday gathering. But both Johnsons were told by police they face no further action, according to Downing Street, and Mr Sunak has not received an additional fine. The Met said 28 individuals had received between two and five fines.

The long-awaited Sue Gray partygate report is finally set to be published this week, as the Prime Minister faces calls to explain the purpose of a “secret” meeting with the senior civil servant. The Telegraph cited a source as saying Mr Case will come in for “stinging criticism” in the Gray report. A No 10 source insisted the request for the meeting did not come from Mr Johnson. Angela Rayner,

No 10 is bracing for the publication of Sue Gray’s full report into Downing Street parties in Whitehall during the coronavirus lockdown. Potentially damaging further details, including the names of some of those who attended gatherings, are also due to be published. READ MORE: Tory MP Sir Roger Gale calls for Boris Johnson resignation over 'partygate' picturesREAD MORE: When is the Sue Gray report coming out? A Downing Street press

Boris Johnson’s hopes of drawing a line under the partygate row suffered a blow after a string of Tory MPs called for him to quit in the wake of Sue Gray’s report. Former minister Stephen Hammond and fellow MPs David Simmonds and John Baron spoke out on Thursday, following Julian Sturdy who demanded Mr Johnson’s exit on Wednesday. Ms Gray’s report detailed events at which officials sang karaoke, drank so 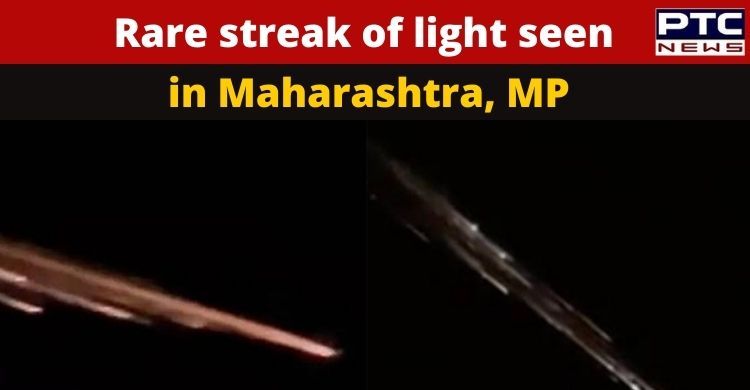 Nagpur (Maharashtra), April 3: A dazzling streak of light ripping through the night sky was witnessed in several regions of Maharashtra and Madhya Pradesh. Where many people described the sighting as a "meteor shower," astronomer Jonathan McDowell speculated that the celestial event seen over Maharashtra and Madhya Pradesh was actually the "re-entry of a Chinese rocket stage" that was launched in February 2021. It does not seem like a meteor

A streak of light was seen across the night sky over Maharashtra and Madhya Pradesh late on Saturday night, setting the social media abuzz. Sightings were reported from Nagpur and surrounding areas in Maharashtra and Jhabua, Barwani, Betul and Bhopal districts in Madhya Pradesh. Later, officials found a metal ring and a cylinder-like object in two villages of Maharashtra’s Chandrapur district, which were reported to have fallen from the sky.

Parents are paying up to £10,000 per year for childcare, according to a new report from the Institute of Fiscal Studies (IFS). “Even among families with a one-year-old where all parents are in work, median weekly earnings in 2019 were £900 – so these childcare expenses may cause significant pressure,” the report says. Using data from the 2019 Childcare and Early Years Survey of Parents, it shows that some families

The meteor detection on January 8, 2014 predated the first reported interstellar object, `Oumuamua, by almost four years and should be recognized as the first massive interstellar object ever discovered. We translated the meteor light curve to a plot of the power released as a function of the ambient ram pressure. This value is twenty times larger than the highest yield strength of stony meteorites and two times larger than

What famous author said Let the world burn through you through the prism light white hot on paper?

What does shedding the light mean?

To shed light on, throw light on, or cast light on something means to make it easier to understand, because more information is known about it. A new approach offers an answer, and may shed light on an even bigger question. See full dictionary entry for light. More info : What does shedding the light mean?

What time does the light show in Vegas start?

The light show begins at 6:00 PM and runs every hour, on the hour, through midnight. over a year ago. More info : What time does the light show in Vegas start?

Will Burj Khalifa light up today?

How do you use the word report?

She wrote a report of the meeting. He gave a detailed report on the project. She filled out a police report at the scene of the accident. the government's report on crime in 2006 Unconfirmed reports state that over 100 people were hurt. More info : How do you use the word report?